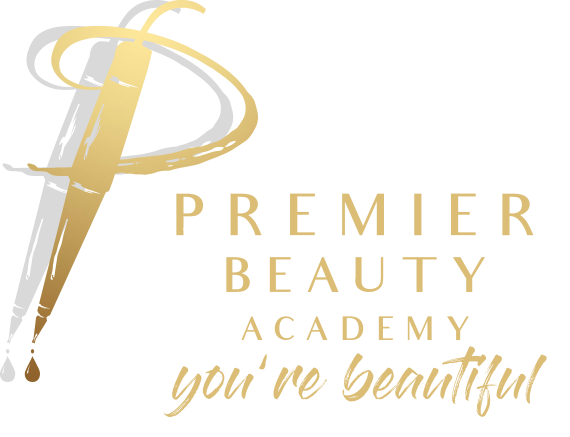 Founder and President of Premier Pigments

Meet the founder of our makeup tattoo company.

Sandi Hammons, often referred as a “young Mary Kay Ash” is a celebrated motivational speaker, pioneer of permanent cosmetic pigments, gifted visionary, and master entrepreneur. She is in high demand as a consultant, keynote speaker, and seminar leader by professional associations, corporations, and women’s advocacy groups. Founder and CEO of Premier Pigments and the American Institute of Intradermal Cosmetics, Inc., Sandi Hammons is considered one of the foremost authorities on permanent cosmetics and cosmetic tattoo procedures

An astute and innovative businesswoman, Sandi Hammons parlayed her success in the cosmetic industry into numerous other ventures. Most recently, she founded the Sandi Hammons Charitable Foundation, a non-profit organization designed to encourage and support women and children through education, philanthropy, and hope. Through her powerful lectures and her commitment to use her life to make a difference in the lives of others, Sandi Hammons has created an unparalleled connection with women and men around the world. Her influence and generosity have established her as a highly respected and admired public figure.
I am so very grateful for the many lives – for thousands of men and women who have crossed my path and blessed me with their generosity, skills, experiences and knowledge. With great humility and honor, I am willing to share my experience, strength and hope to all who journey with me and to the many blessed beings God has placed in my path. In doing so, I receive the gift of knowledge, personal empowerment and love of our creator, my fellows and self. On this planet and during this moment, we are all equals and we can all provide the gift of knowledge and self to each other. It is in this spirit that I pray and hope the education you receive will be a gift that will touch your life. God Bless You and thank you for touching my life.” – Sandi Hammons

“Speak with responsibility and clarity even if the words are ‘I don’t know.’ “ – Sandi Hammons 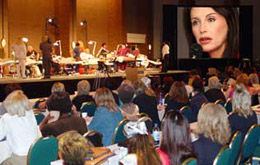 Sandi Hammons is known as a “Master Motivator” and for good reason. Her life story is as inspirational as her impassioned and electrifying speaking style: Rising from a childhood filled with abuse and neglect, a youth immersed in a world of pain, violence, and exploitation. She has a sensational Phoenix-like rise to personal, professional, and financial success. Laced with humor and loaded with personal empowerment strategies and thought-provoking substance, Sandi Hammons speaks on the vital elements of human behavior that most affect our lives. Using examples from her own life experiences, she encourages individuals to think in new ways, look where they are not used to looking, and discover positive ways to redirect one’s thoughts, career and life. Sandi Hammons presents lessons learned by other successful entrepreneurs and Fortune 500 companies in a fast-paced, inspiring, and entertaining way not likely to be forgotten.

Originally trained as a make-up artist, Sandi Hammons’ first major achievement was doing make-up for Miss America contestants and several well-known screen actresses. In 1987, she took her first class in permanent cosmetics. In a field that was undeveloped, she began performing procedures without understanding the difficulties that would lie ahead. After encountering what she would later describe as the “horror” story that ultimately led to the founding of Premier Pigments, she began studying cosmetic tattoo pigments literally from the ground up. Her mission was to identify makeup tattoo pigments that were safe and remained true to color for many years. Since 1987, she has been very active in researching permanent cosmetics and has gained firsthand knowledge of the art of both tattooing and pigment formulations.

Today, Premier Pigments distributes permanent cosmetics throughout the world and these pigments are critically acclaimed as the only true permanent makeup pigment available.

Sandi Hammons has educated most of the physicians, nurses, cosmetologists, and technicians who administer permanent cosmetics. In 1991, she founded the American Institute of Intradermal Cosmetics (AIIC), the first facility in the United States devoted exclusively to providing permanent cosmetic technician classes. Over 15,000 cosmetic professionals to date have graduated from AIIC.

Media reaction to permanent cosmetics has been one of extremes: from Montel Williams’s early report on the risks associated with permanent cosmetics, followed by years of both positive and negative press on both the benefits and risks associated with paramedical and cosmetic applications and most recently, controversial coverage of a voluntary recall of Premier Pigments True Color Concentrates.

Sandi Hammons continues to shine even amid the controversy and competitor bantering that often accompanies her role as a seminal force in the permanent cosmetics industry. Her professional skills have earned high respect in the medical community. Her decision to recall a line of makeup tattoo pigments based on a tiny percentage of allergic reactions to a popular pigment line earned praise from the cosmetic and tattoo communities. And her commitment to responsibility, truth, and “always doing the right thing,” has won admiration from thousands of supporters who have witnessed her integrity in recent world wide news reports.

“The most effective medication for treating all mental illness is love. Love heals.” — Sandi Hammons Sandi Hammons knows the devastation of family violence first hand. Her personal story is one of tragedy, survival, courage, and ultimate triumph. The mission of the Sandi Hammons Charitable Foundation is to support family violence prevention through education, awareness, philanthropy, and collaboration with public and private organizations.

Sandi Hammons: “The initiative of the SHCF is about change – promoting intervention and treatment of mental health disorders which often lead to acts of violence. We promote intervention, awareness, and treatment for victims of family violence and we absolutely insist on containment and mental health intervention for perpetrators of violent crimes We seek to support and complement the work of many organizations already providing services to victims of family violence. Awareness, education, protection and motivation are the keys to changing and empowering the lives of women and children who suffer from family violence. Even one single act of violence against a child should never be tolerated or left untreated. These acts of violence often escalate to very devastating consequences. The statistics are only too real.” The National Child Abuse and Neglect Data System (NCANDS) reported an estimated 1,400 child fatalities in 2002. This translates to a rate of 1.98 children per 100,000 children in the general population. NCANDS defines “child fatality” as the death of a child caused by an injury resulting from abuse or neglect, or where abuse or neglect were contributing factors. Related Links:

To Provide the Highest Level of Education and Support so that our students become successful Entrepreneurs.